MONSEY, NY – The construction on the over $7 million park and ride located on Route 59 near the corner of Saddle River in Monsey is almost completed.

It includes two parking lots, a bus turn-around, roads into the lots, a large cul-de-sac for other turning needs, numerous lights, sidewalks, fencing, and a large water retention area. The overall park and ride area will accommodate some 300 vehicles and is expected to open this year. Construction on the project started in 2019. At the end of the video, you will find video when crews began work on the park and ride.

No local county tax dollars were used for the project because the Federal Transit Administration (FTA), the New York State Department of Transportation (DOT) and the Metropolitan Transportation Authority (MTA) will cover all costs. That figure brings the original contract approved by the Legislature in 2018 to a total of about $7.05 million.

The County currently leases property at the former Rockland Drive-In Movie Theater but expects to discontinue its use of that area once the new lot is fully operational. Transdev’s Hudson Link and the Rockland Transport of Rockland buses will serve the lot. 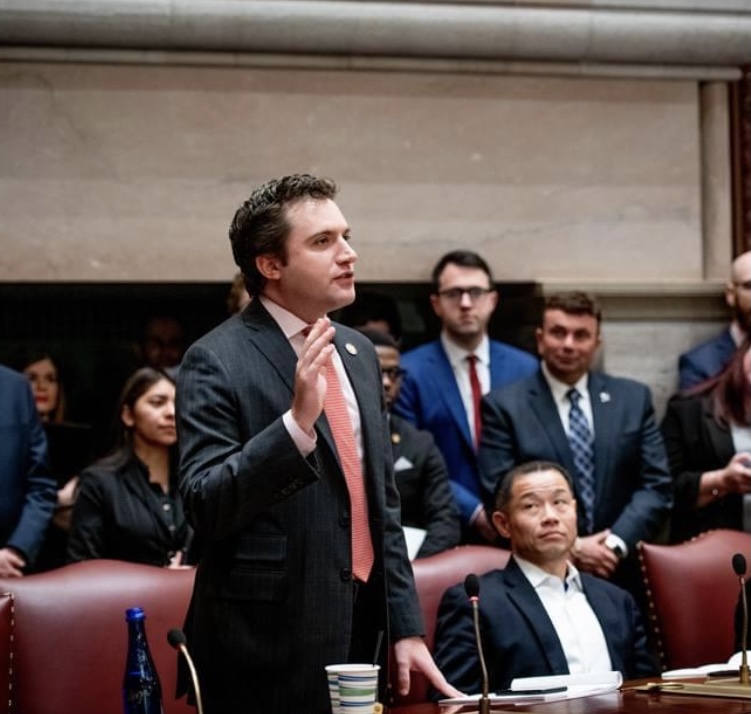 HAVERSTRAW, NY – Senator James Skoufis touted a $351,925 grant to Rockland County to support its emergency response operations and make critical improvements to 9-1-1 dispatch functions. The funding, announced Friday, will be administered by the State Division of Homeland Security and Emergency Services.

“Rockland County is more than deserving of this critical funding,” said Senator Skoufis. “Our emergency service providers are on the front lines every day, responding to what may ultimately be life-and-death situations, in often unpredictable circumstances. Improving our communications infrastructure will save more lives while making the work of our dispatchers and first responders faster and more effective.”

“These funds help recipients make important upgrades such as text-to-9-1-1 and implement other next-generation 9-1-1 technology so they’re ready to handle calls for help and to dispatch first responders immediately,” said Patrick A. Murphy, Commissioner of the Division of Homeland Security and Emergency Services. “Since 2014, the state has distributed approximately $60 million to help our local partners improve their public safety answering point capabilities.” 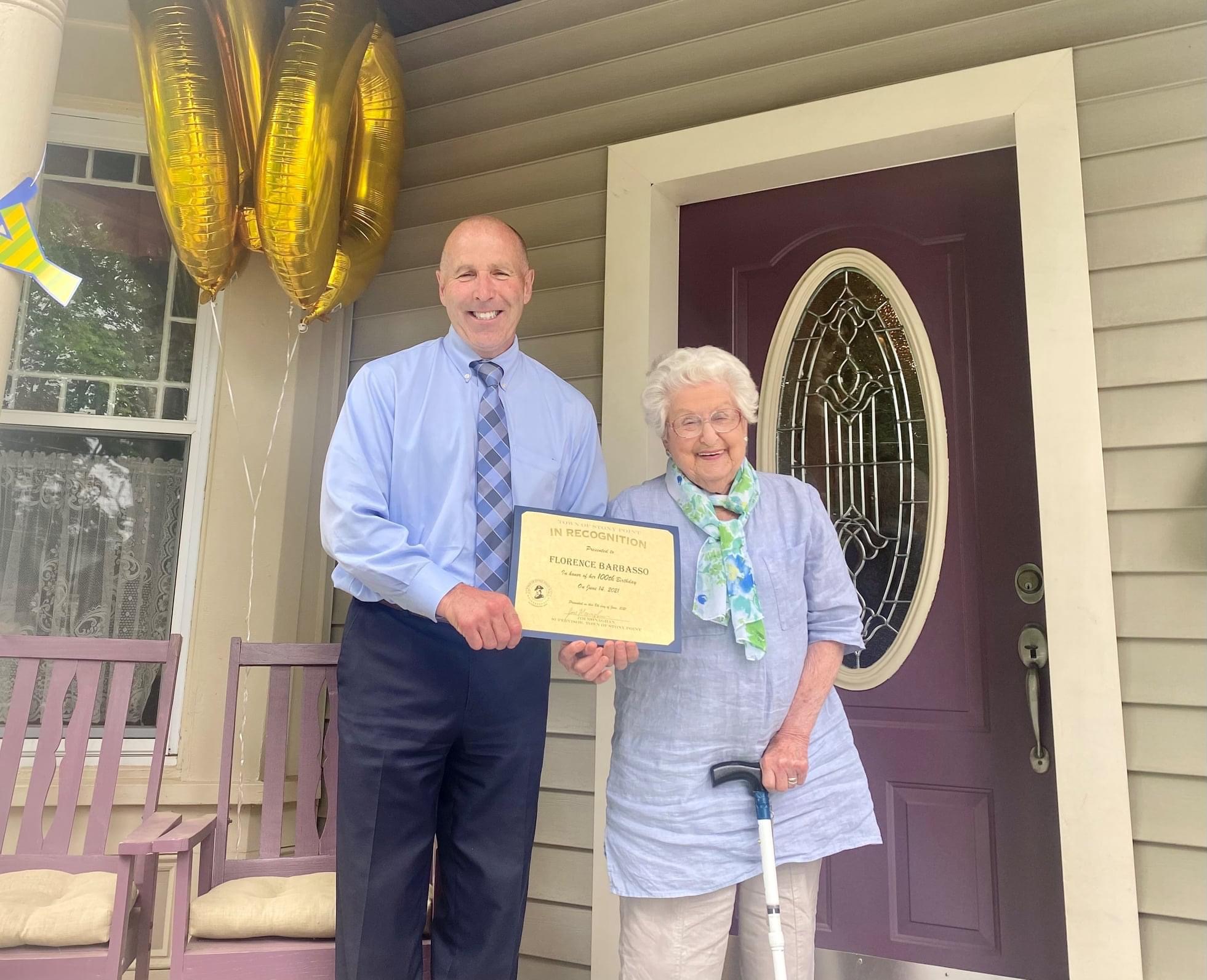 Florence was presented with a certification from Stony Point Supervisor Jim Monaghan. 🎂