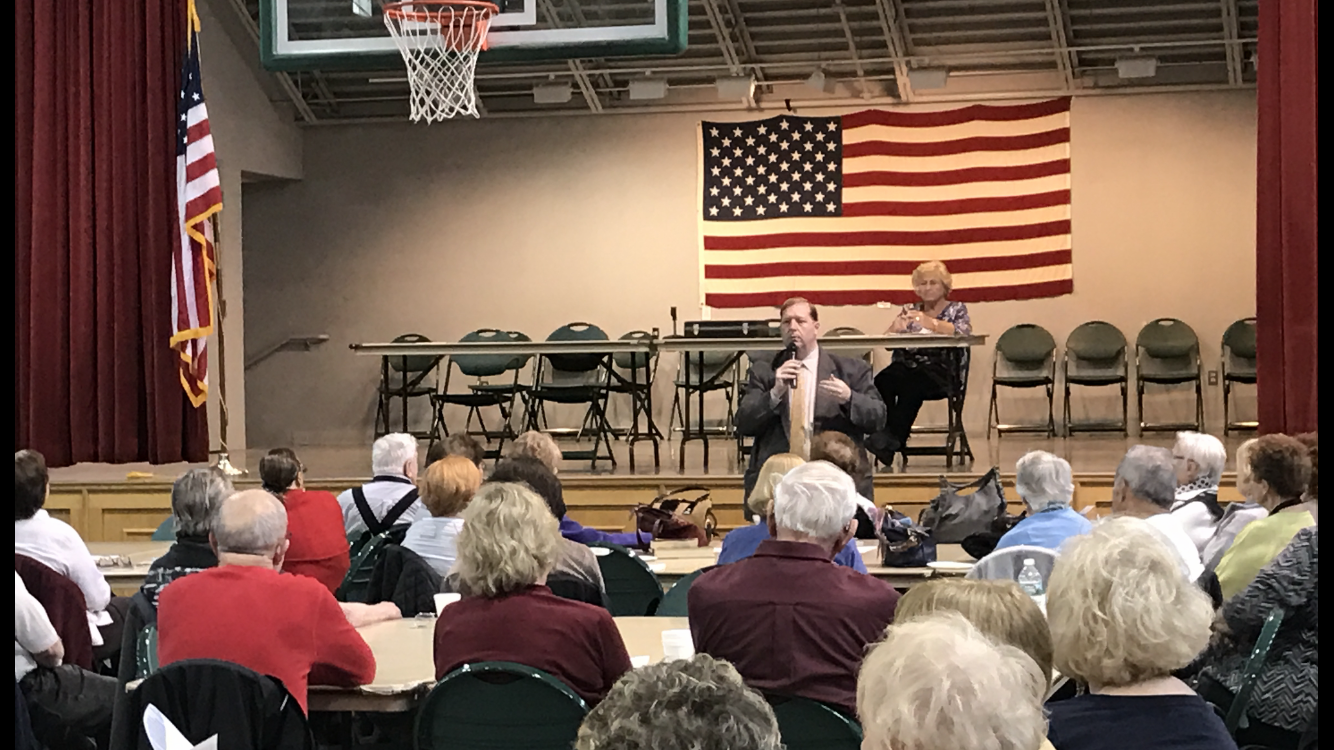 NEW CITY, – After originally accepting the parties nomination, Hoehmann spent the next week meeting with family, friends, and supporters. Clarkstown Supervisor George Hoehmann announced on Tuesday that he has decided to take his name out the running for the New York State Senate’s 38th District. Hoehmann was seen as the Republicans best chance to pick up a pivotal seat in the NYS Senate.

The question now is, who will run the Rockland County Republican Party run? Our sources tell us that a sitting Legislator is seriously considering running for the seat.

The following text was posted on George Hoehmann’s Facebook Page

New York State is in desperate need of overhaul. The consequences of bail reform, a massive budget shortfall, and issues facing people with disabilities are all deeply troubling and must be addressed.

I was deeply humbled and honored when the Republican Party nominated me to run for the New York State 38th Senate District with the goal of bringing much needed change to our state. Although there are many reasons why it makes sense for me to run for the Senate, my heart remains here in Clarkstown.

Over the past several weeks, I have come to realize that our mission here is not yet complete and this fact has been brought home to me in a very personal way. I have literally been overwhelmed by residents asking me to reconsider my decision to run for the state senate and urging me to continue leading Clarkstown.

I have heard this while speaking with seniors, attending community events, in the supermarket, and at town meetings. I received a flood of emails and instant messages from scores of residents. It has all been deeply moving and I have had some restless nights reflecting on these interactions.

Based on these facts, I have therefore made a decision to withdraw my candidacy for the New York State Senate and remain here in the town I love. That decision has been made with the full support of my family. Together we have concluded that our hearts and priorities are here in Clarkstown, where thousands of other families are counting on keeping town government moving in the right direction.

In life, one must follow one’s heart and my heart at this time does not guide me to service in Albany. I have been greatly privileged to serve this wonderful community as its Supervisor and it is my obligation and desire to complete the job that the people have overwhelmingly elected me to do in the past three elections.

I thank all of those who have offered their support and encouragement and who had trust in my friendship to give me their honest opinion and advice on a major life decision impacting the town and my family. I now look forward to continuing to work hard every day for you the people of Clarkstown as Supervisor.

In the very near future there will be an announcement designating a new and highly qualified Republican candidate for our 38th Senate District. This candidate will have my full support, and I will work together with that candidate to address the critical issues in Albany from our perspective in Clarkstown.