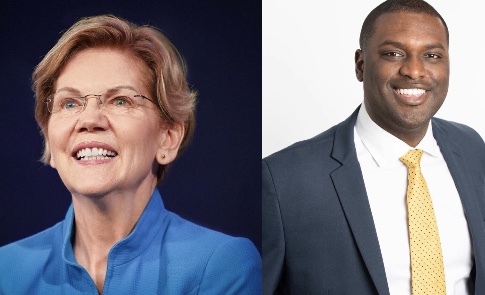 “Mondaire Jones knows that we’re in a fight to put power in the hands of working families,” said Elizabeth Warren. “With Mondaire in Congress, we’ll gain another chance to achieve the hard-fought wins that bring us closer to big, structural change, and I’m glad to stand with him.”

“Growing up in Section 8 housing in the Village of Spring Valley, I never imagined I would one day run for Congress, or that a leading contender for the Presidency of the United States would take an interest in my campaign,” said NY-17 Democratic Congressional Candidate Mondaire Jones. “I’m proud to have the support of Senator Warren, a true progressive who has shifted the political dialogue, not only within our own party, but throughout the entire country. She has been an advocate for the big, structural policy solutions required to meet the big, existential problems of our time, through policies like a Green New Deal, student debt forgiveness, Medicare for All, and universal child care. I’m honored she is standing with me in this fight.”

The endorsement from Senator Warren combined with recent announcement that his campaign raised over $488,000 in 2019, the most any candidate in his race has announced so far, has put Jones as one of the front runners in the race.