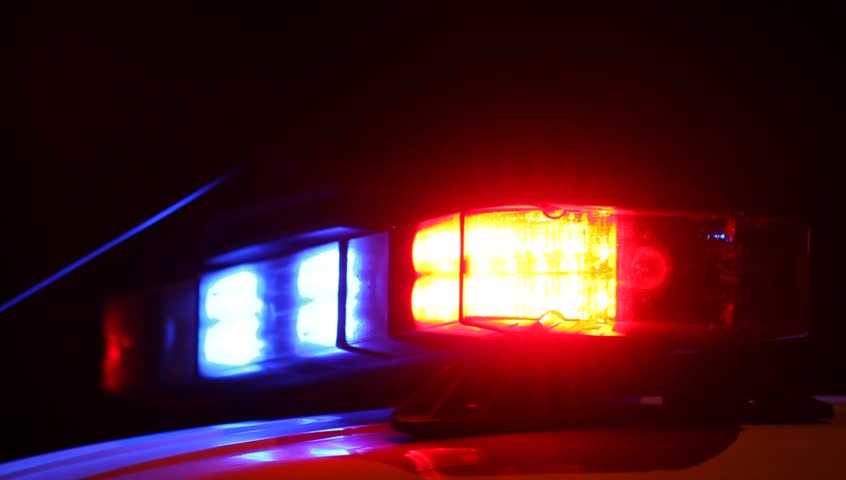 HILLCREST, NY – Ramapo Police Officers responded to a reported traffic dispute in the Hillcrest area of the Town of Ramapo. One motorist reportedly pulled a knife on the other motorist. The suspect fled the scene and his vehicle description was broadcasted over the radio to the responding RPD units.

One officer observed the suspect vehicle & initiated a stop on Rt 45 north of New Hempstead Rd. The suspect, a 32 year old male from Nanuet NY, was arrested & charged with Menacing in the 2nd degree, Criminal Possession of a Weapon in the 4th degree, Driving While Intoxicated & Unlawful Possession of Marijuana.

The defendant was released on an Appearance Ticket, without bail, & advised to come to court on October 27, 2020. 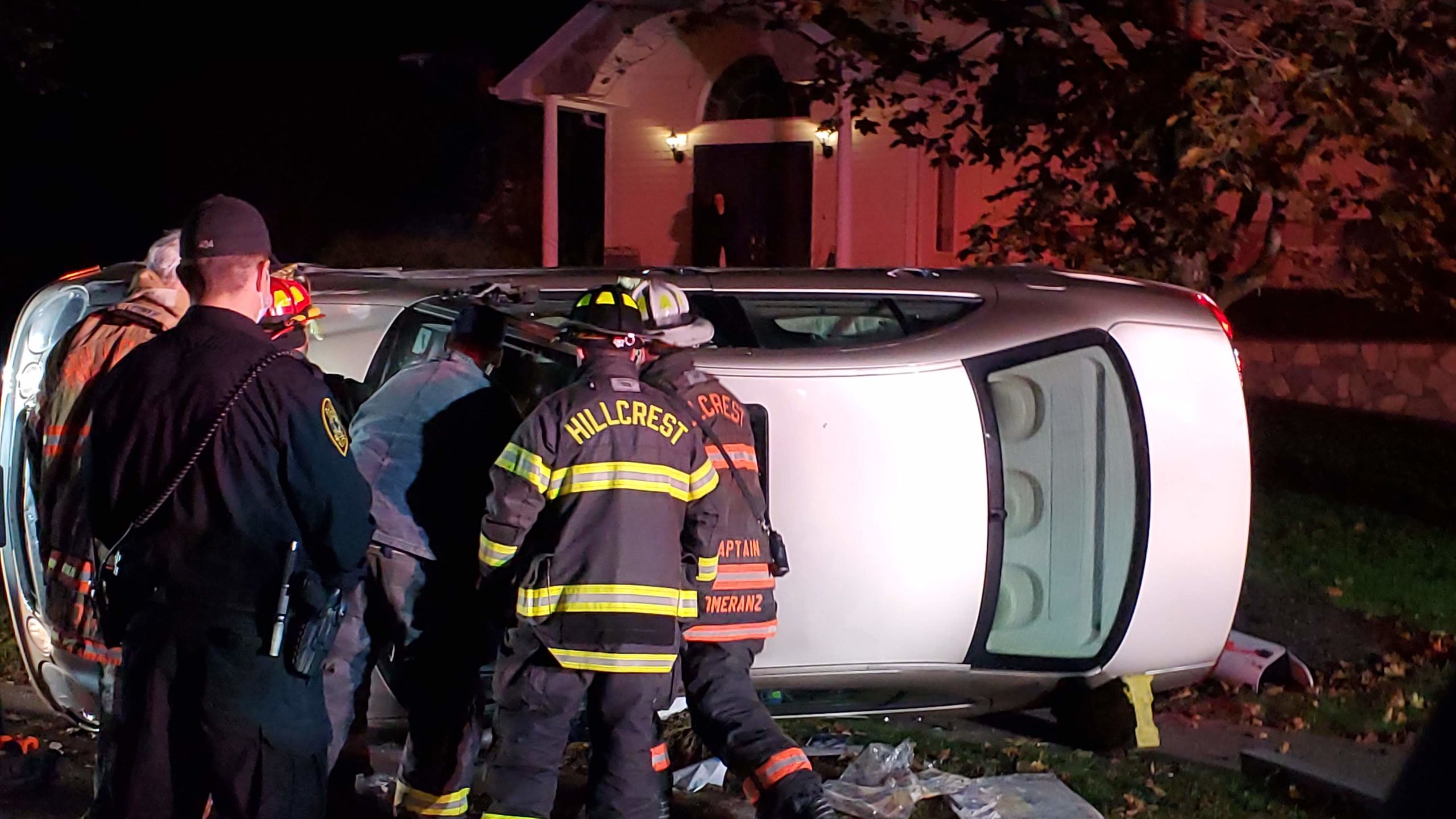 HILLCREST, NY – Firefighters extracted a suspected drunk driver after rollover accident in Hillcrest on October 10, 2020 at approximately 11:40pm, Ramapo PD responded to Pennington Way in the Village of New Hempstead for a motor vehicle crash in which one of the vehicles was overturned and the driver was pinned inside.

A 2005 Mercedes Benz operated by a 44-year-old male was traveling southbound on Pennington Way when it crossed the lane of travel and struck a 1996 Toyota traveling northbound. The Mercedes then rolled over and came to rest on the driver’s side of the vehicle.

Hillcrest FD quickly went to work to stabilize the vehicle before using the Rhyno Windshield Cutter to remove the windshield to free the driver. Once the driver was freed, the crews of 6-Squad and 6-Rescue had to use speedy-dry for the fluids that spilled onto the roadway as a result of the accident.

The Driver was treated by Spring Hill Ambulance and Rockland Paramedics for minor injuries and was transported to Nyack Hospital for evaluation.

He was arrested for Driving While Intoxicated by the Ramapo Police Department. 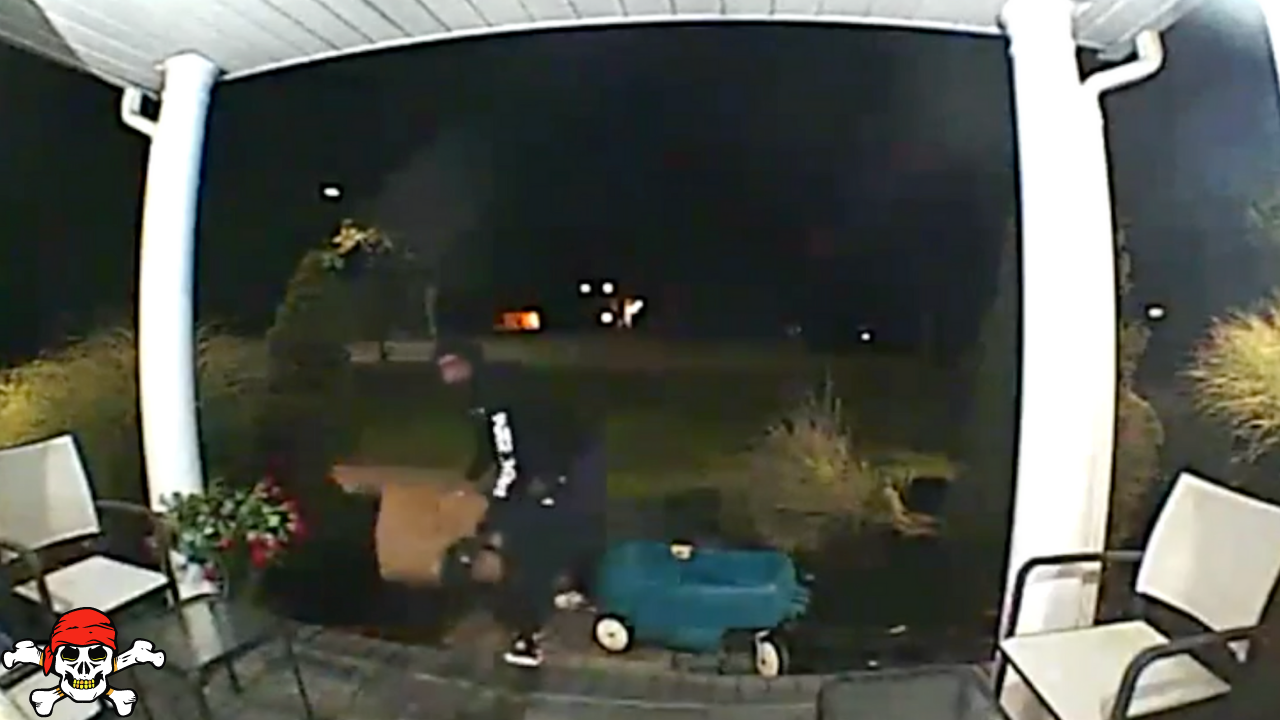 The video shows a male in the early hours of the morning this past Sunday (10/4/ 2020) in the Wesley Hills section of town.

If anyone has any knowledge as to the identity of this suspect, we ask that the you call the Ramapo Police Investigations Division at 845-357-2400.