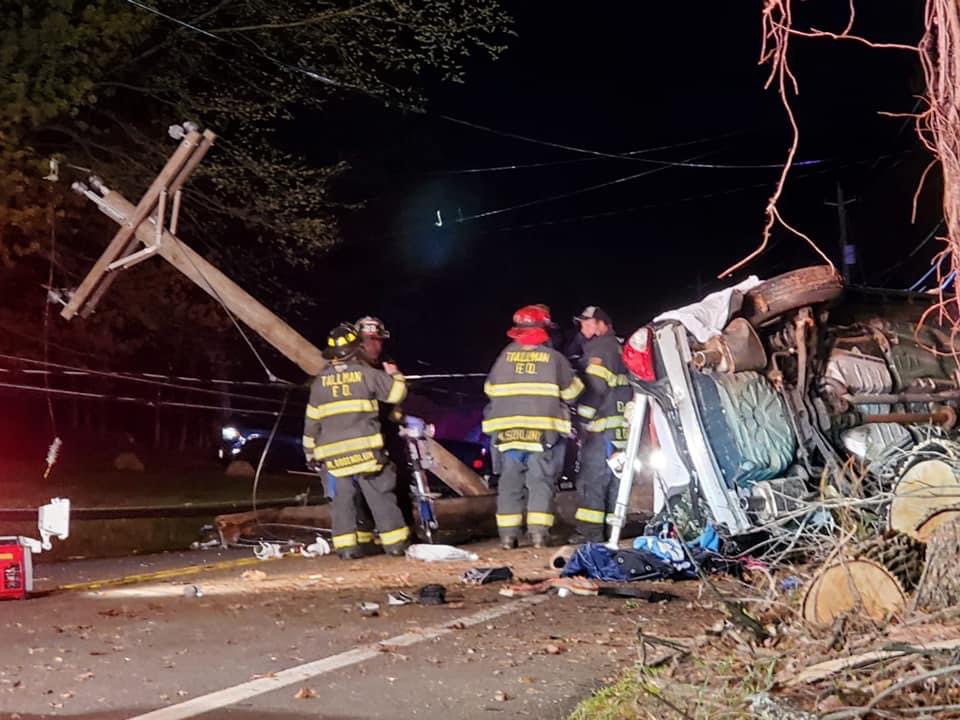 At approximately 2:50 AM this morning on Rt.202 in the Village of Montebello, NY, the RPD responded to a report of a one car accident. Responding patrol officers observed a vehicle flipped over on its side. It had been occupied by five individuals.

The vehicle struck a utility pole, causing power disruption in the area. The road remains closed at this time.
The Rockland County District Attorney’s Office is assisting the Ramapo Police Department Crash Investigation Team with the investigation.

The preliminary investigation revealed that the 17 year old male driver from Suffern, NY was intoxicated. He was transported from Nyack Hospital to the Ramapo Police Department for arrest processing.

The investigation into the cause of the crash is ongoing and is expected to take some time to complete.

The male driver was arraigned virtually this afternoon in Rockland County Youth Superior Court. He was released on his own recognizance and will return to court on Monday April 26, 2021.

The Ramapo Police Department continue their investigation into a serious car accident that occurred on Route 202 and Viola Road in the Village of Montebello in the early morning hours of Saturday, April 24. 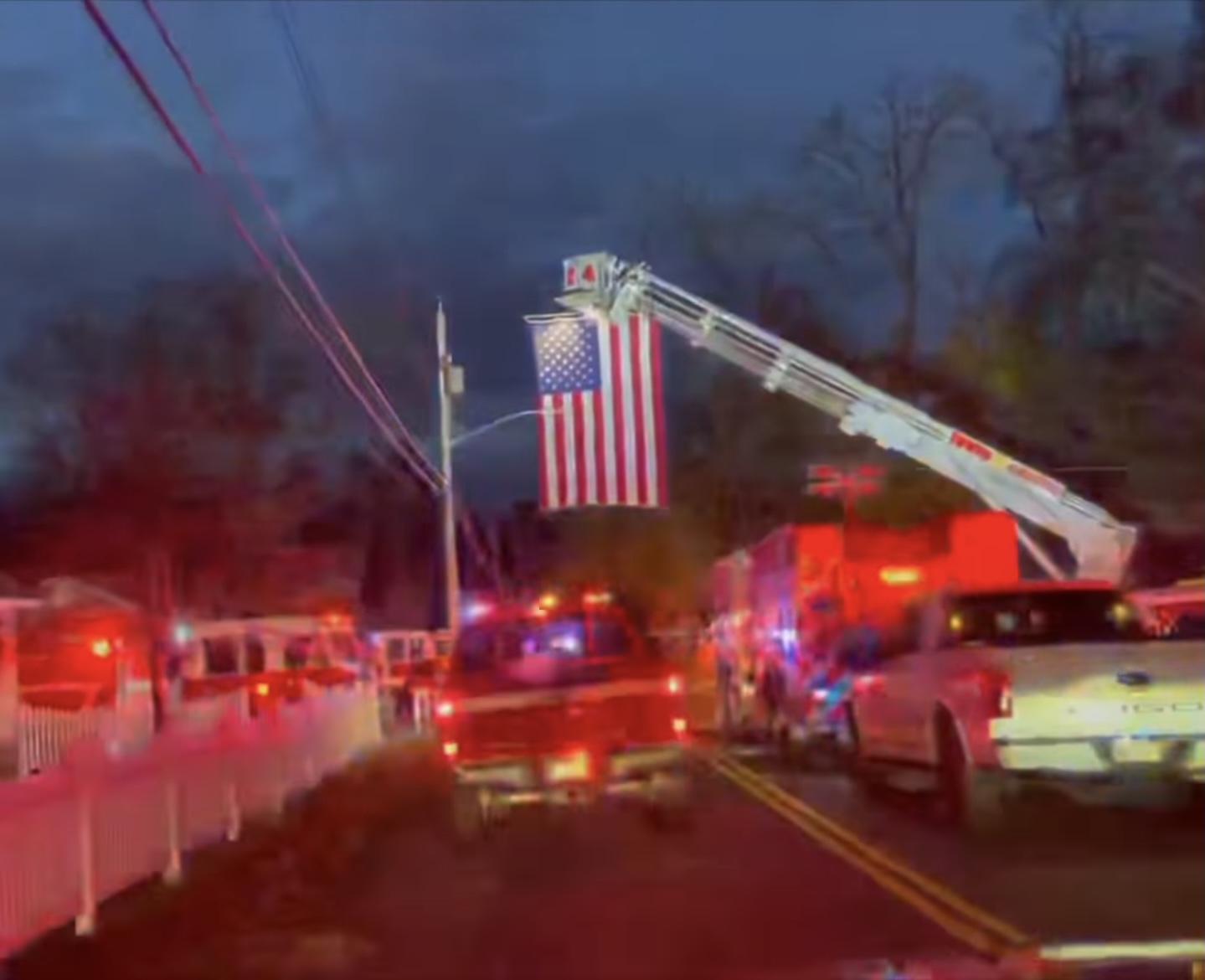 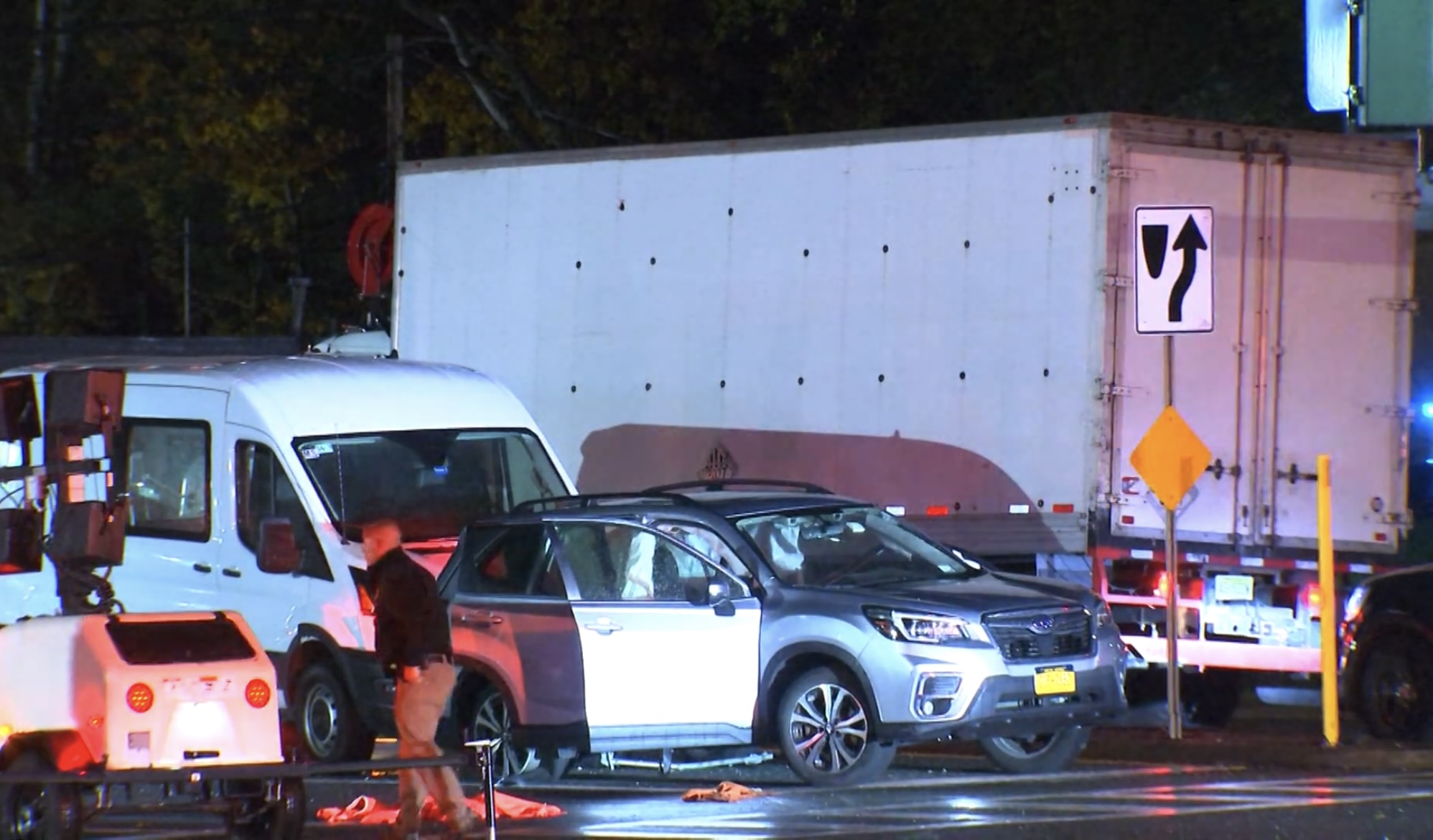 BLAUVELT, NY – On Monday November 15, 2021, at approximately 5:03PM, the Orangetown Police responded to a report of a Motor Vehicle Collision at the intersection of State Route 303 and East Erie Street in the Hamlet of Blauvelt, N.Y.

A 2005 Mack commercial box truck operated by Andrew Roe, 29, of Middletown, NY was traveling northbound on Route 303. A 2019 Subaru Forester, operated by Seymour Whynman, 83, of Blauvelt, NY was traveling westbound on E. Erie Street. A collision occurred at the intersection and the Subaru Forrester subsequently collided with a 2020 ford transit van in the southbound left only turn lane of Route 303. Mr. Whynmn and a female passenger were transported to Nyack Hospital by South Orangetown Ambulance Corps.

It is with deep sadness we report the passing of Seymour Whynman.