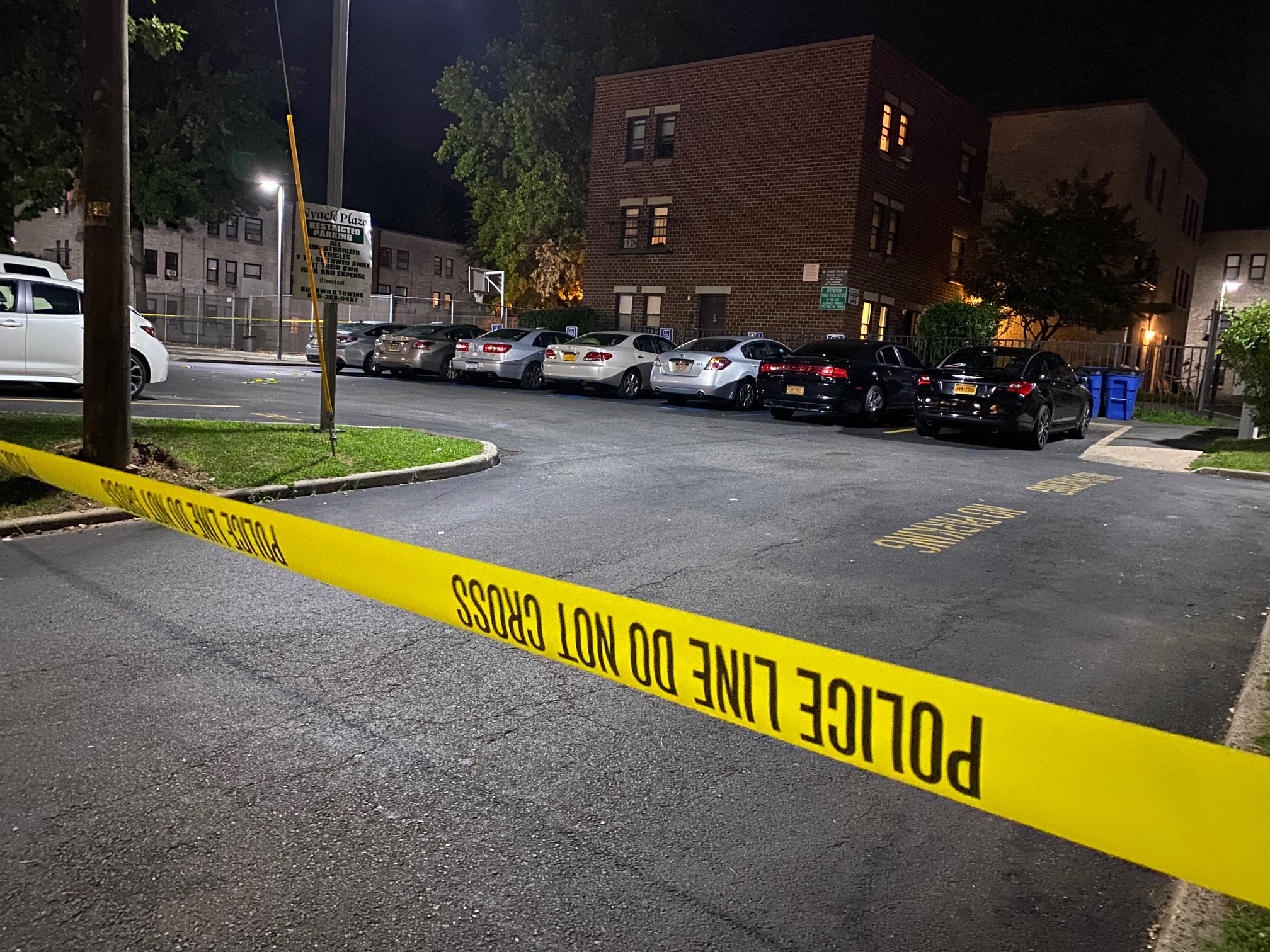 The incident apparently occurred when both the suspect and the victim were in a car in the parking lot of Nyack Plaza, Nyack NY. The circumstances that lead to the shooting are still being investigated. (END UPDATE)

A shooting investigation is underway in the Village of Nyack. A man was shot in the parking lot of the Nyack Plaza apartment complex on Hudson Avenue around eight o’clock Sunday evening (August 23, 2020).

The victim then transported himself to Nyack Hospital, which is about a mile away from the scene of the crime. He was said to be in grave condition, unconfirmed reports say that the man passed away due to his injuries.

VIEW VIDEO FROM THE SCENE BELOW

The Rockland County Sheriff’s Bureau of Criminal Investigation and Detectives from the Orangetown Police Department could be seen looking over the victim’s car surrounded by crime scene tape in the emergency room parking lot. The suspect was quickly caught. No word on a motive.