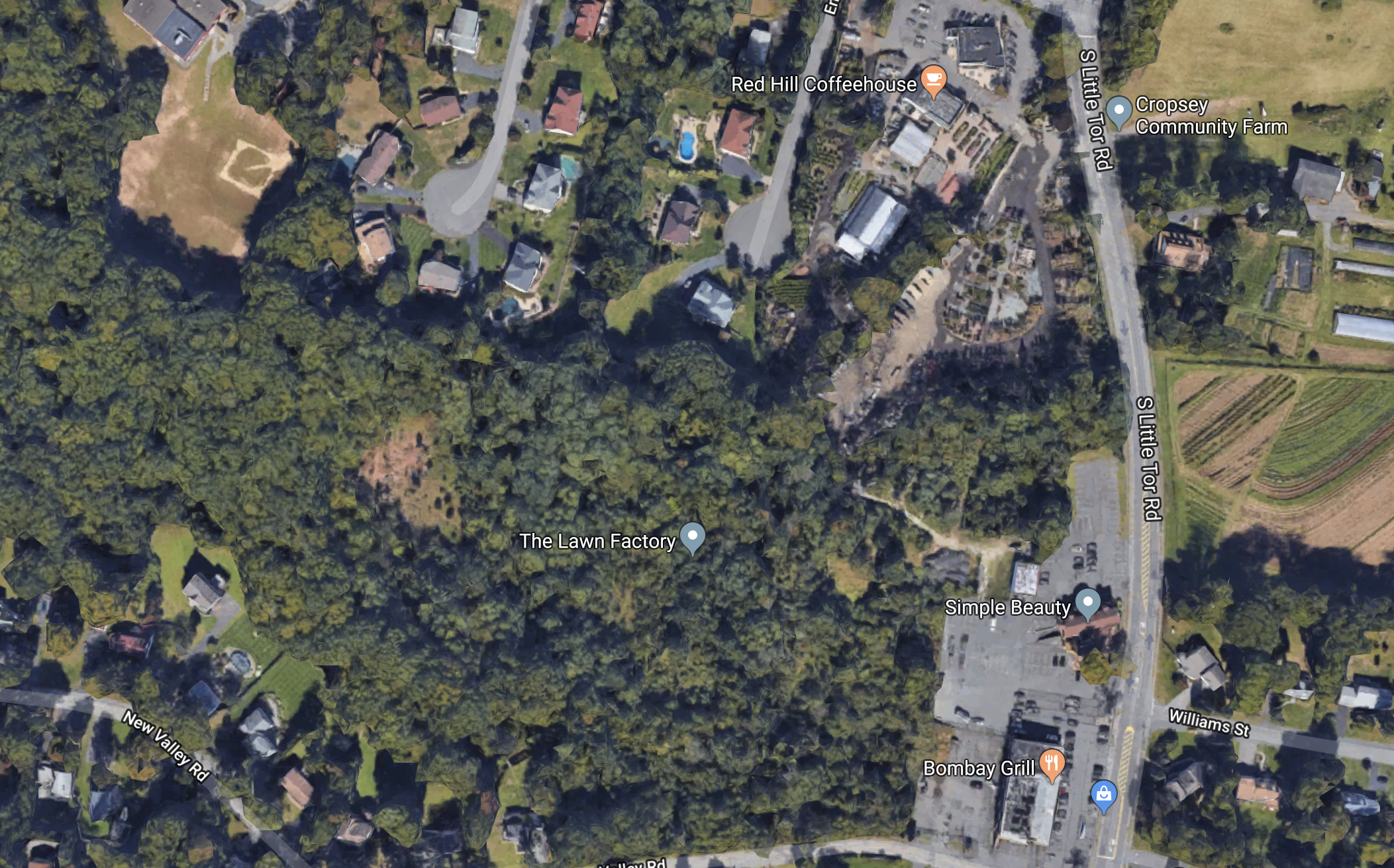 I was President of the South Little Tor Civic Association for over 20 years through 2017.  With Clarkstown’s election season upon us, I see that a major issue being grappled with in Clarkstown is overdevelopment.  I cannot help but have flashbacks to battles our civic association fought in the early in the 1990s through the 2000s with overdevelopment projects that would not have fit into our community.  During those years, Developer Scott Milich and his family sought to jam hundreds of units into the Davies Lake Property off New Valley Road, site of about 12 acres with a stream running through it.  The property is owned by Milich’s corporation Davies Farm Inc. and is zoned R-22 (1/2 acre single family residences). The projects would have overburdened our infrastructure and severely impacted our quality of life.

First, in 1993, Developer Milich sought to build 200 apartments.  At that time over 250 residents came out in force to convince the then supervisor, Charles Holbrook, and the Town Board not to rezone the land.  We succeeded and the project was stopped.

In 1998 Developer Scott Milich tried again to overdevelop the land. This time he wanted to build a two story complex for senior citizens totaling 247 units, part independent living and part assisted living. Milich approached the Town Board seeking a special use permit and a zone change. Again the residents of South Little Tor Civic Association opposed the project. The Town imposed a moratorium on zone changes to reassess the code. Developer Milich sued the Town twice. Luckily the suits were resolved and that rendition of the project was abandoned. We succeeded.

Between 2003 and 2006, our civic association negotiated with Developer Milich and his attorney and believed that we had resolved this almost constant battle. Developer Milich wanted to expand the South Little Tor shopping center, but needed about an acre from the adjoining residential 1/2 acre property to accomplish this expansion. The Civic Association agreed that we would not oppose a zone change for the adjoining residential property to Local Shopping if he would agree to sign a restrictive covenant requiring that the remaining 11 or so acres be developed as zoned.

Developer Milich agreed to the restrictive covenant and the Town Board formalized this plan by passing a resolution. Per the covenant, the remaining vacant lot was to remain single family homes on ½ acre lots. To date, that vacant land has never been developed with single family homes nor has the strip mall been expanded. Developer Scott Milich sold the strip mall without making a change to its footprint. The new owners renovated the existing shopping center. The covenant remains in place. The vacant land is currently owned by Developer Scott Milich’s corporation Davies Farm Inc.

Fast forward to 2013, when despite a restrictive covenant being in place, Developer Scott Milich proposed a new project of 250+ senior units to be operated by Bright View at Davies Lake.

This was in the face of the restrictive covenant that Developer Scott Milich himself had agreed upon. Milich sought to have the Town Board grant a special permit and a use variance to build the project contrary to the terms of the agreement.

Of course, without the change, Developer Milich could have still developed his land into single family residential ½ acre lots. Essentially he self-created a restriction (for an earlier abandoned development) and then sought to escape from it in order to increase his profits. When Bright View learned of the restrictive covenant and the fact that the Clarkstown Zoning Code does not permit this type of development on any road that isn’t designated as a primary or secondary road (New Valley Road is designated as a local road under the Clarkstown Zoning Code) they apparently backed out of the proposal. The project did not move forward.

In 2019, Developer (Candidate) Scott Milich is now running for Town Board and pledging to control overdevelopment despite his longstanding efforts to overdevelop the property on New Valley Road that his family has owned for decades. The South Little Tor Civic Association has fought his efforts for years. He’s sued the Town, he’s sued the Supervisor (Holbrook) and at each turn, thanks to the residents and the Town Board, the high density projects have been stopped.

Candidate Milich’s campaign slogan is “solutions, not politics”. Realize that the restrictive covenant on his property can be lifted only by a decision of the Town Board. The history of repeated attempts to overdevelop the Davies Lake Property suggests future efforts will continue and may succeed if Candidate Milich becomes Town Board member Milich.

* This OP-ED was also published in the Our Town Newspaper.

Breaking: Congresswoman Nita Lowey Announces She Will Not Seek Re-Election