By Nick Selbe and Zach Koons

The Bills issued an update on the health of safety Damar Hamlin early Tuesday morning, saying the 24-year-old remains in critical condition after he went into cardiac arrest during the first quarter of Monday’s game against the Bengals.

Hamlin is currently sedated and receiving treatment at the University of Cincinnati Medical Center following a harrowing scene at Paycor Stadium that left bystanders distressed and ultimately led to the postponement of the AFC matchup.

The Bills said in a tweet at 1:48 a.m. ET that Hamlin’s heartbeat was restored by medical personnel on the field before he was loaded into an ambulance and taken to the hospital.

The game came to a stop when Hamlin collapsed after tackling Bengals wideout Tee Higgins. Hamlin initially got up off the ground and to his feet following the play, but then collapsed. He was administered CPR on the field and was then taken away in an ambulance.

Hamlin was then transferred to the University of Cincinnati Medical Center. He was accompanied in the ambulance by his mother, play-by-play announcer Joe Buck said during ESPN’s broadcast.

After Hamlin received medical attention on the field, officials initially talked to each head coach and allowed the teams a reportedly brief time period to warm up before resuming play. Shortly after that decision was announced, though, the Bills and Bengals left the field and returned to the locker room, as the game officially entered what was called a temporary suspension.

The NFL announced approximately an hour later that the game had been postponed, prompting both teams and fans to leave Paycor Stadium.

“Our thoughts are with Damar and the Buffalo Bills. We will provide more information as it becomes available,” the league said in a statement. “The NFL has been in constant communication with the NFL Players Association which is in agreement with postponing the game.”

Fans gathered outside the hospital in support of Hamlin on Monday night. Buffalo star receiver Stefon Diggs reportedly went to the hospital to be there for Hamlin. Per Joe Danneman of WXIX-TV, the Bills decided to fly back to Buffalo, though “there are people from the organization who will stay with Damar and the family.”

Hamlin was drafted by the Bills in the sixth round in 2021. He played five years at Pittsburgh, during which he recorded 185 tackles. 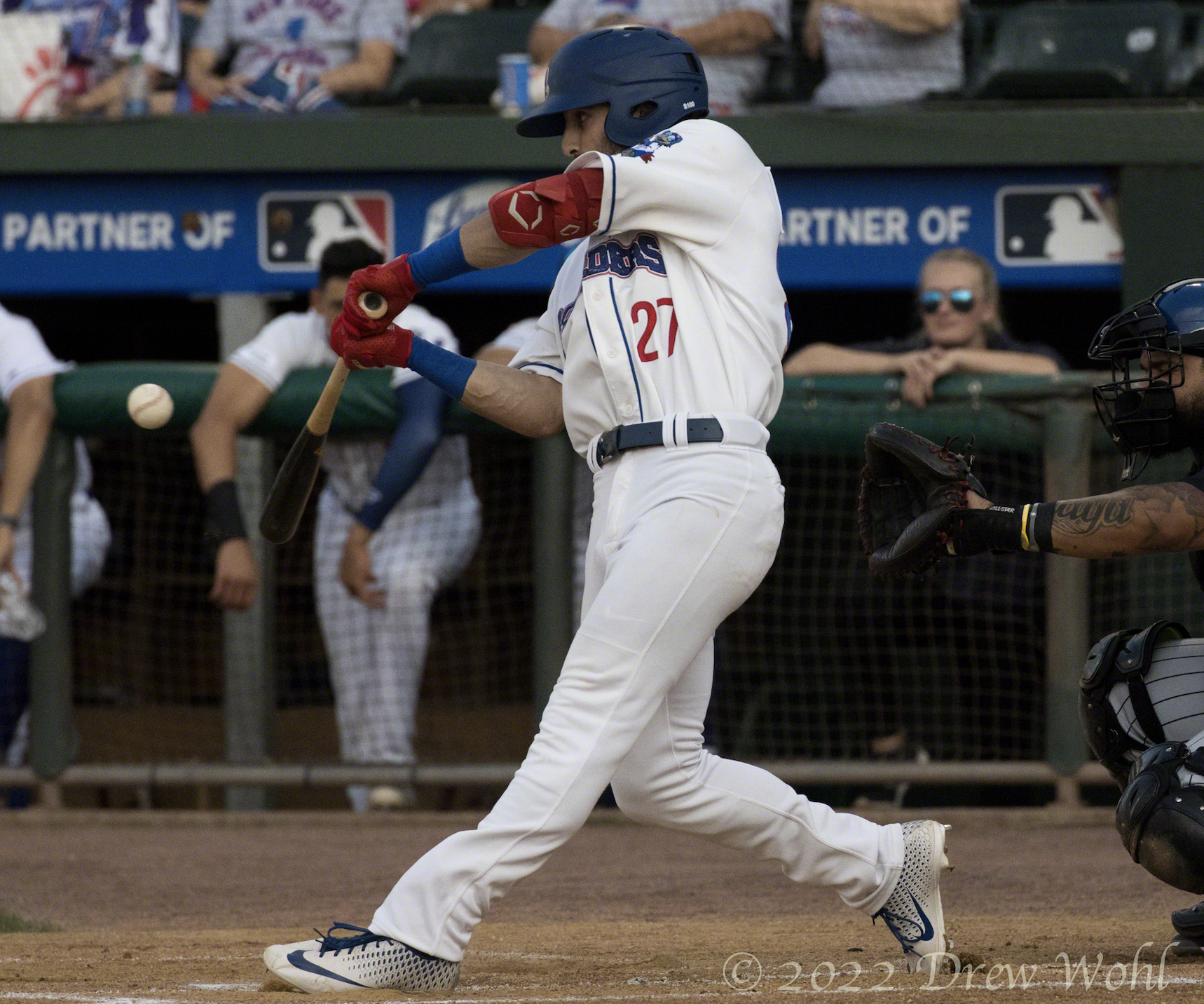 Rockland County, NY– As the New York Boulders set their sights on their third Frontier League season – with expectations high after last year’s explosive late run to the post-season – fans can also anticipate even more fun, value, and excitement than ever.

An early list of promotions already scheduled include such fan favorites as Star Wars Night, Pink in the Park (Breast Cancer Awareness Night), Irish Heritage, Disco Night, and BoulderBird’s birthday, with dates and new promos to be added in the coming weeks.

Game times at Clover Stadium for the 2023 campaign are as follows:

Of course, anyone who has attended beautiful Clover Stadium knows that every seat is a good one, but among the new fan experiences offered this season is a special Premium Box seat category, offering exclusive front row seating extending from the Boulders’ dugout, behind home plate, and around to the visitors’ dugout for just $18 each – only $2 more than our general Infield Box pricing (* -Add  $2 surcharge on Saturdays and Fireworks Nights).

In addition to the Premium Box seats, our Dugout of Dreams premium party area – located in our unique “double dugout” adjacent to the Boulders’ dugout –  offers you “the best view of the game without signing a contract and putting on a uniform” for only $499 for 25 tickets. Additional Fan Zones include: Suites starting at $749 (group of 15), Birthday Party specials, Bridge Bar, Short Porch, and more.

Returning are our popular Value Packs for special dates such as Opening Weekend, Fathers’s Day, our best-selling Firecracker Pack, Harry Potter Night, Pink in the Park, Luck of the Irish, Star Wars, and more. Packs go on sale on Monday, February 27th at 10:00 am, with individual game tickets going on sale on Monday, April 3rd at 10:00 am.

Information regarding season tickets and packages for the Boulders’ 2023 season is available by calling 845-364-0009 or sliding to www.NYBoulders.com. 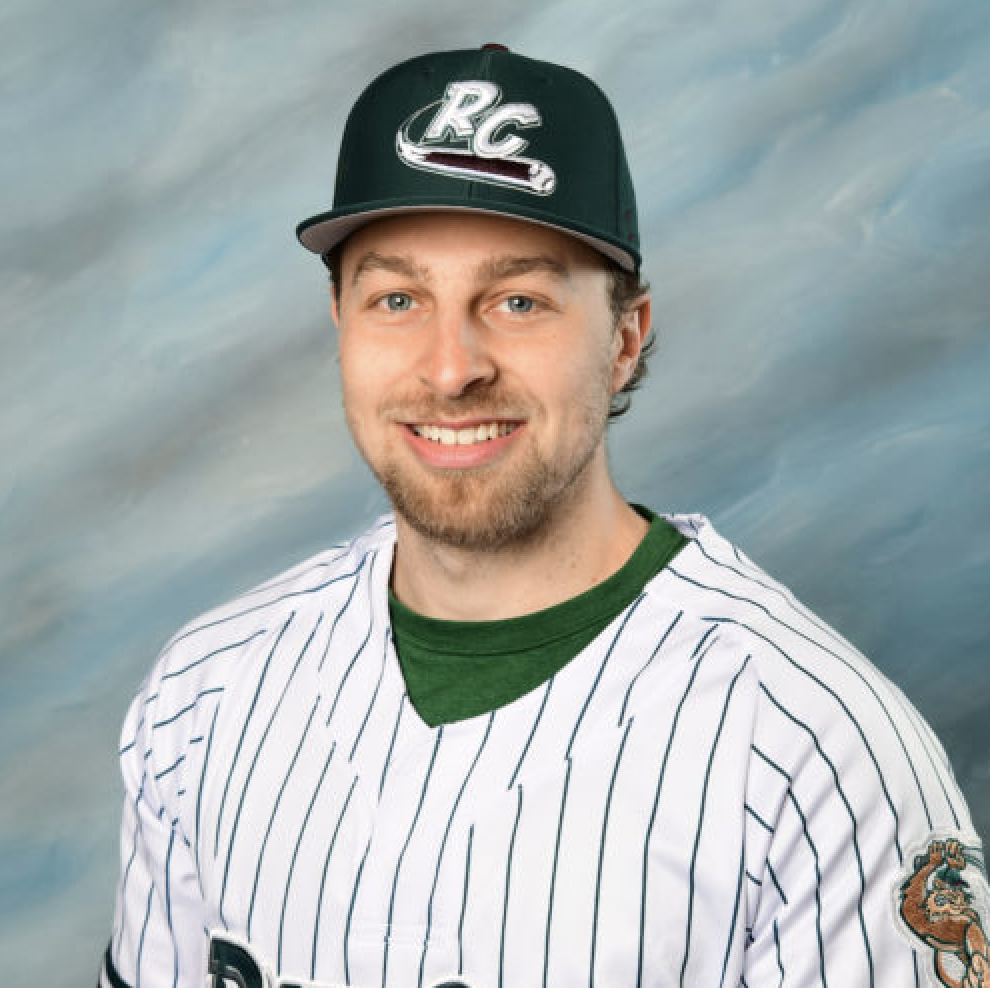 Rockland County, NY– The New York Boulders have acquired infielder Tom Walraven from the Gary SouthShore RailCats of the American Association in exchange for relief pitcher Matt Leon. A native of Pine Bush, NY, Walraven provides a solid bat and great versatility to the Boulders’ quest to return to the Frontier League playoffs, regularly playing second base, shortstop, and third base during his career.

Walraven spent his first three professional seasons in Gary, Indiana, after an exceptional collegiate career at the University of New Haven. During his college days, Walraven posted an impressive .327 batting average with an .857 OPS and All Conference honors, providing a taste of what was to come.

His offensive production continued with the RailRiders, as he has now played 220 games at the professional level, batting .282 overall with an .807 OPS, while adding 28 homers and 132 RBI, adding strong glove work in committing just 10 errors over the past two seasons.

But according to New York Manager TJ Stanton – entering his third season – Walraven’s addition is about much more than numbers. “With all he can do, I think his greatest impact might be in the clubhouse,” said Stanton, whose Boulders ended the 2022 season with 12 consecutive wins to capture a Wildcard berth.

“When I was asking around, the reports were that his reputation is sterling. He’s widely considered a leader that’s tough as hell and plays the game as hard as anyone.” That blends perfectly with the culture fostered by Stanton, but also by the New York Boulders organization as a whole.

“We’ve taken a lot of pride in bringing the best available professional talent from across the country to play at Clover Stadium,” noted Team President and General Manager Shawn Reilly. “With that said, bringing in local talent has also been a focus, and Tom checks all the boxes of players who fit the Boulders mold.”

Leon heads to the Midwest coming off a solid first season in Independent baseball, compiling a 5-1 record with a 1.80 ERA. Used primarily as a middle reliever, Leon earned more consequential innings during the final weeks of the 2022 season.

The Boulders’ third season in the Frontier League will see the team play a 96-game schedule that features 51 home dates. Highlights of the 2023 home schedule include games on the Fourth of July holiday, Fathers’ Day on June 18th; and nine Saturday home dates. Opening Day is set for May 11 as the long-time rival New Jersey Jackals pay a visit for a three game series, while the regular season will conclude on Sunday, Sept. 3, when they wrap up a three-game set at Clover Stadium with the Jackals.

Information regarding season tickets and packages for the Boulders’ 2023 season is available by calling 845-364-0009 or sliding to www.NYBoulders.com.

Debuting in 1993, the Frontier League is the largest and longest-running of the modern independent leagues and features teams stretching from the Atlantic Ocean to the Mississippi River and from the Ohio River to the St. Lawrence Seaway.  In September of 2020, the Frontier League reached an agreement to become a “Partner League” with Major League Baseball.

As a “Partner League,” the Frontier League and its teams will meet on a regular basis with MLB representatives to discuss joint marketing and promotional opportunities, as well as collaborate on initiatives to provide organized baseball to communities throughout the United States and Canada.