PEARL RIVER, NY – Rockland County Assemblyman Mike Lawler and Colin J. Schmitt and other Members of the Assembly sent a letter to the New York State Thruway Authority supporting the newly announced renovation of all travel plazas/rest areas including the addition of Chick-fil-A restaurants.

Recently it was announced that the first phase of a statewide privately funded $300 million dollar Thruway travel plaza/rest area renovation project will begin. The news was widely applauded and welcomed, especially with the disclosure that numerous new restaurant and dining options will be included for Thruway travelers and area residents.

We are contacting you to express our support for the decision to include Chick-fil-A as an additional dining option.

Its food is extremely popular, generating business and attention within wide ranges of its locations, and Chick-fil-A is known for great customer service.

The company is also well regarded for its treatment of employees, considering them like family, and guaranteeing every Sunday off for each employee and operator.

While some of our colleagues in the State Legislature have attempted to recast your decision in an ideological context to advance their own political agendas, rest assured that the decision to add Chick-fil-A has broad public support and has generated excitement among both our constituents and Thruway travelers.

If you have any questions or we can be of any further assistance please do not hesitate to call 845-469-6929. 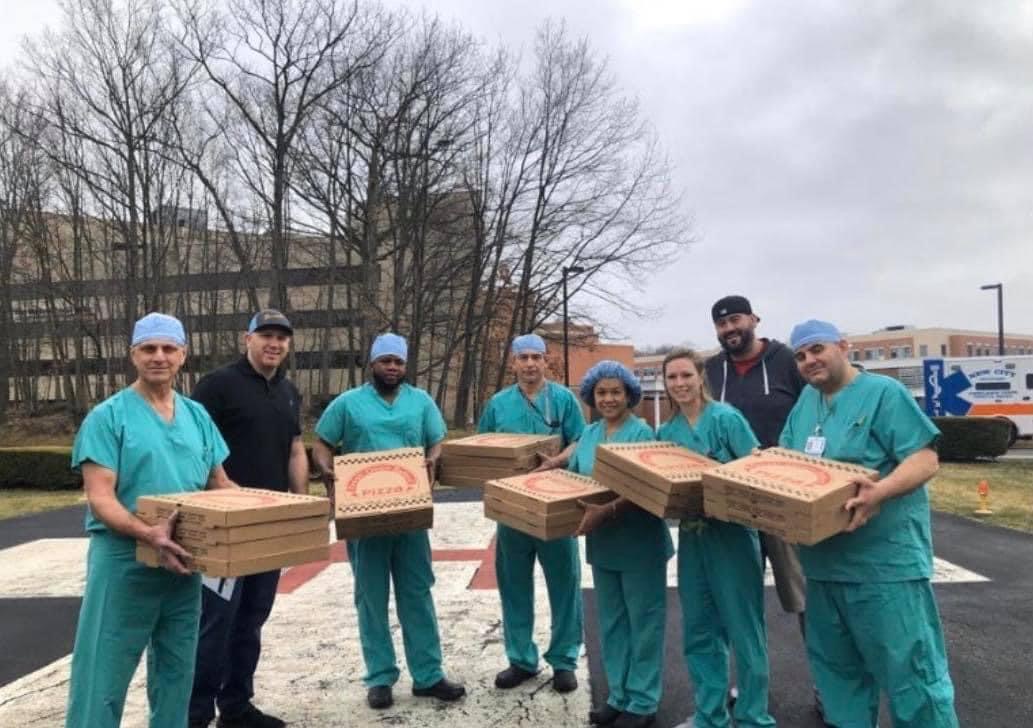 NEW CITY, NY – As Covid-19 hit Rockland County, many people wanted to help but didn’t know how. Rockland native Eddie Stapleton, who now resides in North Carolina contacted Norcina’s on how to help small business and people assisting the community he grew up in. He purchased and donated 10 large pies, to a place of their choice, which Norcina in turn matched w/ 10 more pies. 20 fresh pies were just delivered to Good Sam Hospital in Suffern. (Pictured below are the Cardiovascular Operating Room crew at Good Samaritan Hospital Suffern, NY with Norcina Owners Milan Dobrilovic and Nick Nuccio – top photo)

How it worked: Norcina would match any donation an individual or organization makes to any hospital, first responders, or medical professionals who are actively fighting the COVID-19 pandemic.

Norcina would end up starting a trend locally that inspired other businesses to honor the same deal. Not only did it support small businesses but it provided residents with the ability to show their support to our first responders and medical professionals. 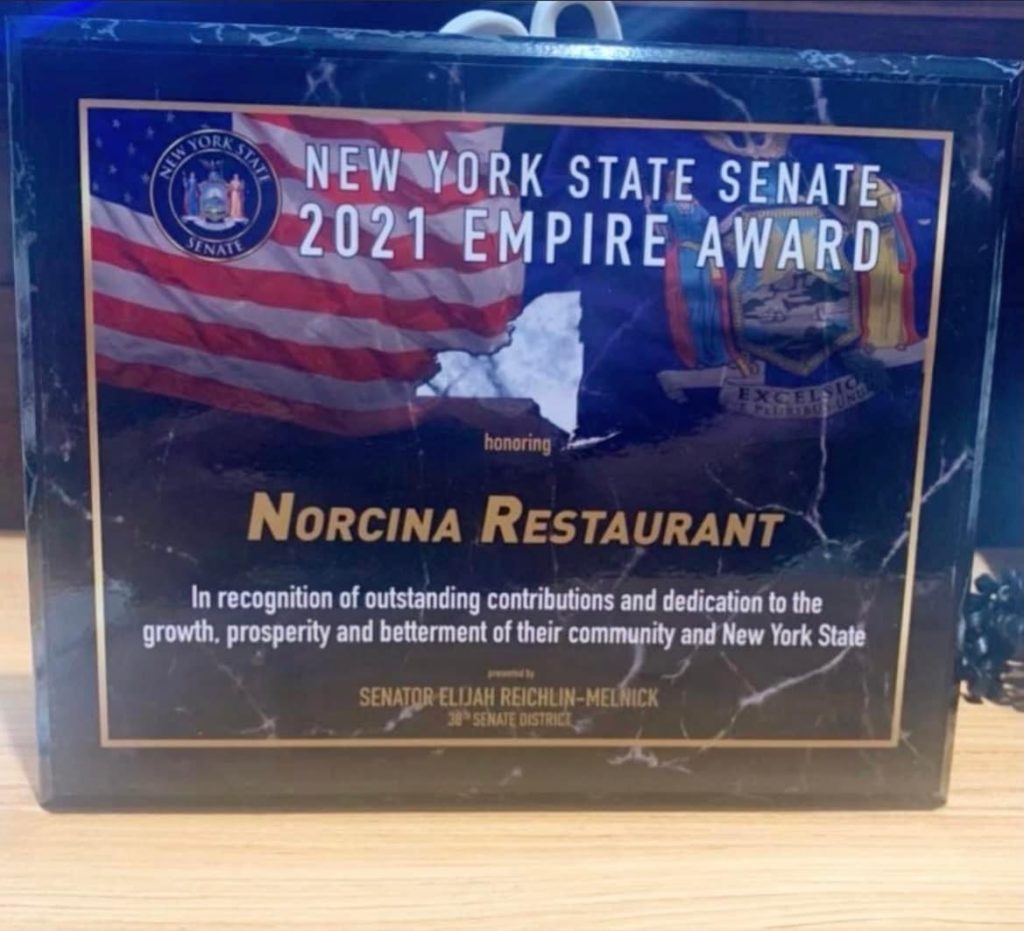 The New York State Empire Award was presented by Senator Elijah Reichlin-Melnick. It honors businesses that make major contributions to public service, and enhancing the quality of life for New Yorkers.

WEST NYACK, NY – Slime World, the premier craft studio where kids can make their own slime, will open its newest location at Palisades Center this November. Palisades Center’s 2,300 sq. ft. Slime World studio will be located on Level Three next to the Build-A-Bear Workshop.

The sticky and gooey feel of slime has appealed to kids since the late 1970s. The popularity grew with the rise of YouTube, Instagram, and TikTok where millions of do-it-yourself slime videos highlight recipes with a wide array of captivating colors and satisfying textures.

Slime World takes the messy out of slime making. The studio space is designed for sticky fingers and messy projects where children can unleash their creativity, play, and express themselves in a stimulating environment.

“At Slime World, we know there is nothing that children love more than some messy fun, and we happen to be the pros,” said Sandeep Shah, Owner of Slime World. “Our mission is to bring smiles to kids while engaging their creative minds! We invite our little guests to come for a one-on-one experience and parents to host the next party with us to create unforgettable memories for their children and all their friends!”

“The Slime World studio is a perfect destination for Palisades Center’s youngest guests,” said Darrin Houseman, General Manager of Palisades Center. “We can’t wait to see them having a blast while they customize their own slime creations.”

The only other Slime World studio is in Freehold, New Jersey.